Quiche is one of those things that was very popular to cook at one time but seems to have gone out of favour in recent months. When I told my husband I had to think of recipes to make with Capricorn goats cheese he said why not make one of those round things with eggs. After some back and forward conversation I finally worked out he was talking about a Quiche and not an omelette.

I must admit to not having made a Quiche since I was at school so I was not sure how it was going to turn out. Looking though my kitchen I found I did not even have a suitable pie dish, but not one to give up on a challenge I decided to use a cake tin instead. I thought that it would be easy enough to remove the quiche from a tin and place it on a plate after it was cooked. Before I did anything else I greased the cake tin with some butter so the quiche would not stick. If you have baking parchment you could use that instead. This is the recipe. It is pretty much a standard quiche recipe with goats cheese instead of normal cheese.

This is the finished result: 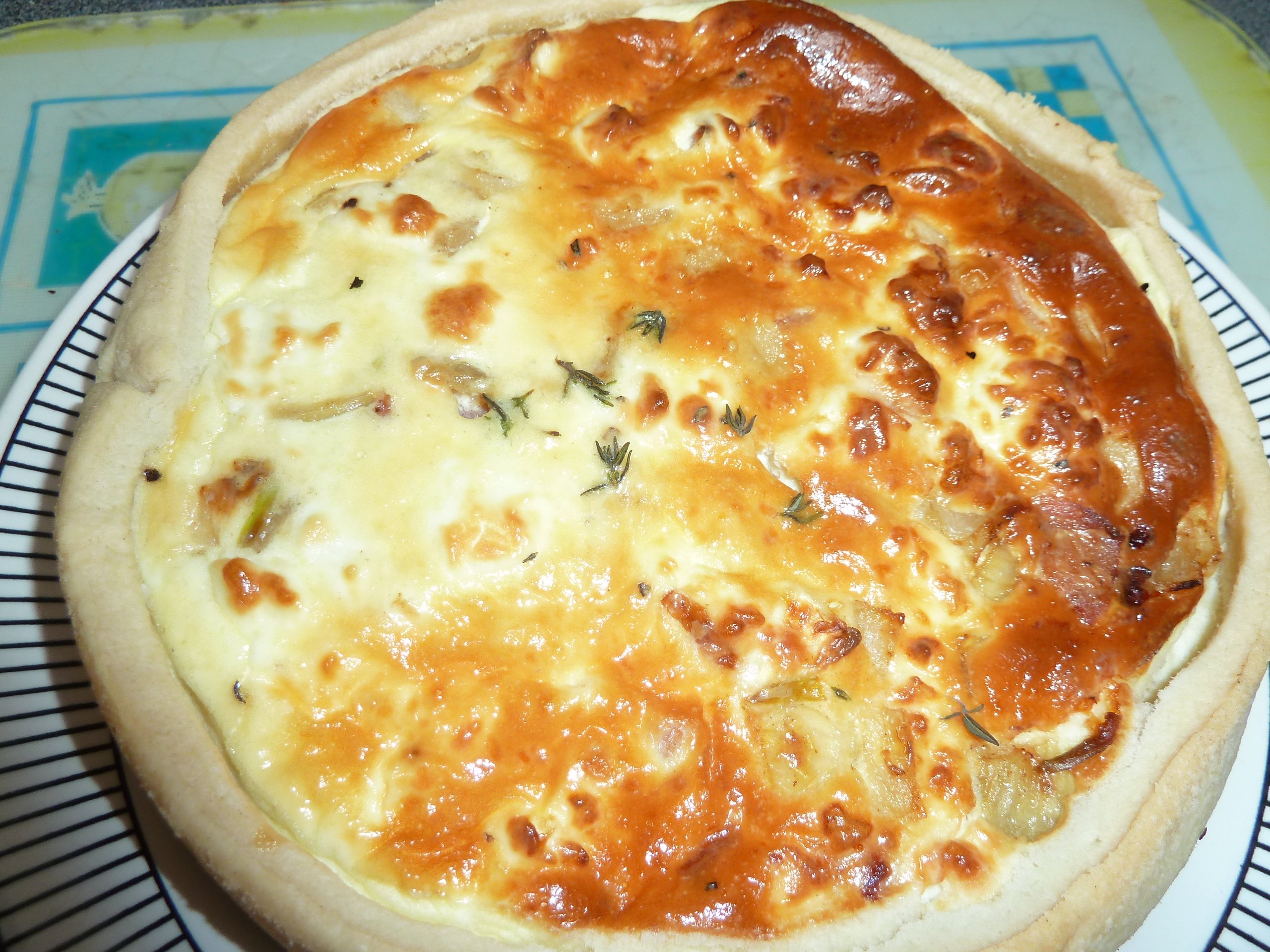 I think I made the pastry a little bit too thick and if I made it again I would roll it out a little bit more. Having said that the quiche was very nice, the thyme added a little bit of extra flavour and the Capricorn Goats Cheese worked very well. I was pleased with the result and my husband also liked his round thing with eggs!