Marble Cake in a Bundt Tin

When I was little we always used to go to my grandparents house on a Sunday for our lunch. I used to love visiting, their house was filled with wonders. They had old books which contained a selection of children’s stories, bound in leather and with illustrated plates inside. I used to read these carefully caught up in the stories.  Outside they had a big lawn which we spent many hours running around on after lunch. Often we took a walk down to the beach in the afternoon. These walks were always filled with discovery and we came back with pockets full of shells and pebbles.

Before we went home we always had afternoon tea. We had home made lemonade served in a jug that looked like a fish. The table always had a selection of home made cakes my gran had made earlier in the week. These were always lovely. One cake I always remember was a marble cake. With layers of vanilla and chocolate running though it, it looked pretty as well as being tasty.

A little while ago I received two fancy cake moulds. I used one to make a gugelhupf but had been wondering what to try with the bundt cake mould. This weekend I decided to use it to attempt a marble cake. I knew the cake would look impressive when it was finished, the mould was flower shaped. I did not expect it to look quite as pretty however. The finished cake looked amazing. I could have decorated it with icing to make it look even prettier but I did not have the patience. It had taken a while to make the cake and I wanted to cut into it and see how it had turned out.

I had managed to get the different coloured layers running though the cake but not in the same swirling pattern I remembered. Next time I will remember to add the chocolate and vanilla in different spoonfuls, mixing them together to create a swirling pattern. The cake however tasted delicious, lovely and moist and perfect with a cup of tea.

It was worth making the effort of making it, even though I seemed to have used every bowl in my kitchen to make the cake mixture. I needed one for the vanilla mix, one for the chocolate mix and one for melting the chocolate. My son was happy though as he had plenty of bowls to lick while he waited for the cake to cook and cool. Sometimes the best part of baking is licking the bowl out. Getting a spoon and scraping out the last of the mixture while the cake is in the oven. It is not quite so much fun washing up though.

If you fancy a delicious summery cake why not have a look at my Strawberry Daiquiri cupcakes? Perfect served with the drink on the patio. 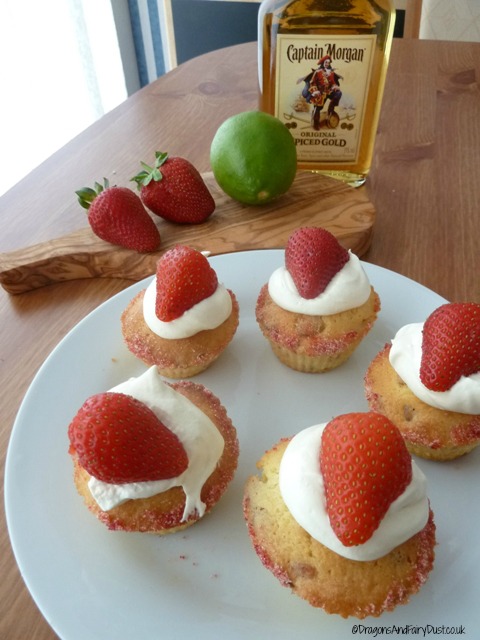 Take a tea break with raspberry and…

12 responses to “Marble Cake in a Bundt Tin”