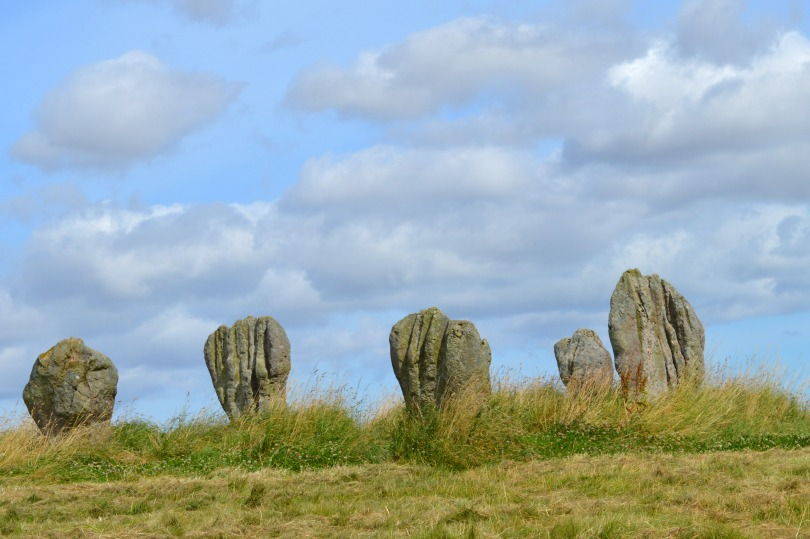 The standing stones at Duddo Northumberland is a mystical stone circle that is the North East’s equivalent to Stonehenge.

Scattered though the length and breadth of Britain are many stone circles. Built in the Neolithic and early bronze age the reason for these monuments is shrouded in mystery.They may have had religious significance or been used for ceremonies, we will never know for sure.

Stone circles fascinate me and have done since I was a child. Our house was close to Giants Ring, a henge monument near Shaws Bridge in Belfast. This is a henge monument shaped like a ring with a tomb in the centre made from five stones. As a child I used to wonder who had been buried there. I have also visited Stonehenge, Avebury and Castlerigg Stone Circle at Keswick. My favourite was Castlerigg but all the stone circles exude a sense of mystery and have a special atmosphere.

Northumberland has it’s own stone circle. It can be found in Duddo, a small parish in Northumberland six miles south of Berwick Upon Tweed. This area borders Scotland and has a turbulent past with many battles between England and Scotland being fought near here.  I have been wanting to visit the stone circle at Duddo since I found out about it and  recently we made the trip. To get to Duddo just travel along the A1 until you see the signs for it.  Once in the village there is a sign for the stone circle. Follow this until you come to a field gate at the side of the road. You need to park your car on the grass verge as access to the stone circle is via a permissive path though the field. 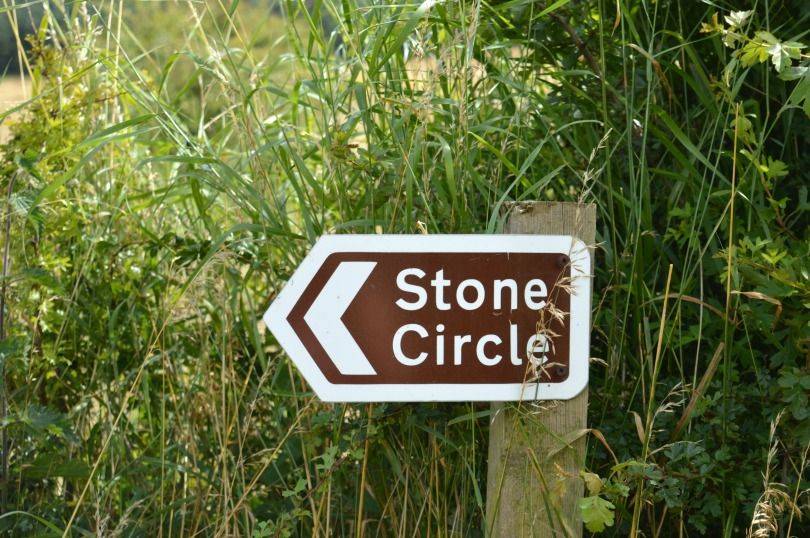 The stones are meant to be a 1 km walk but I actually think it is further. The walk took us though fields golden with barley and hay fields that had recently been reaped.  The stones are not visible at first but as you walk they appear like a crown on the crest of a hill.  There are five sandstone stones in the circle. Excavation has showed that originally there were seven stones, two may have been removed in the 1800’s.  Charcoal and burnt bones were also found in the centre of the circle suggesting it may have been a burial site. 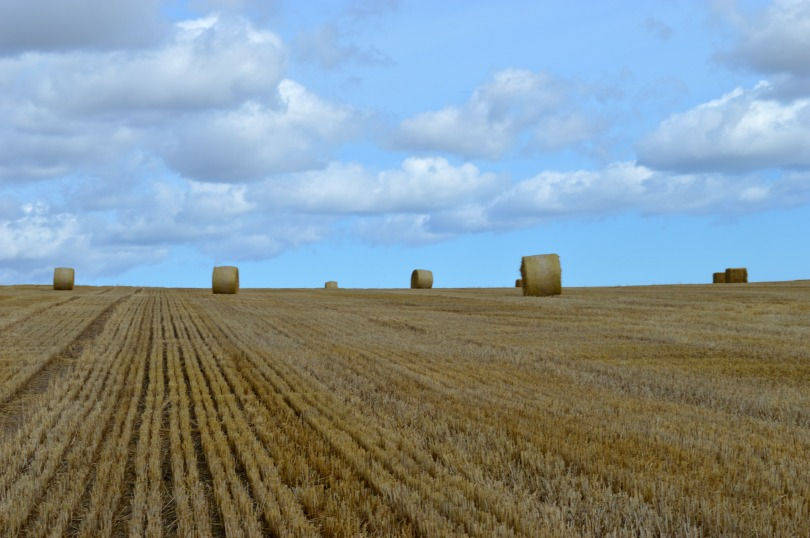 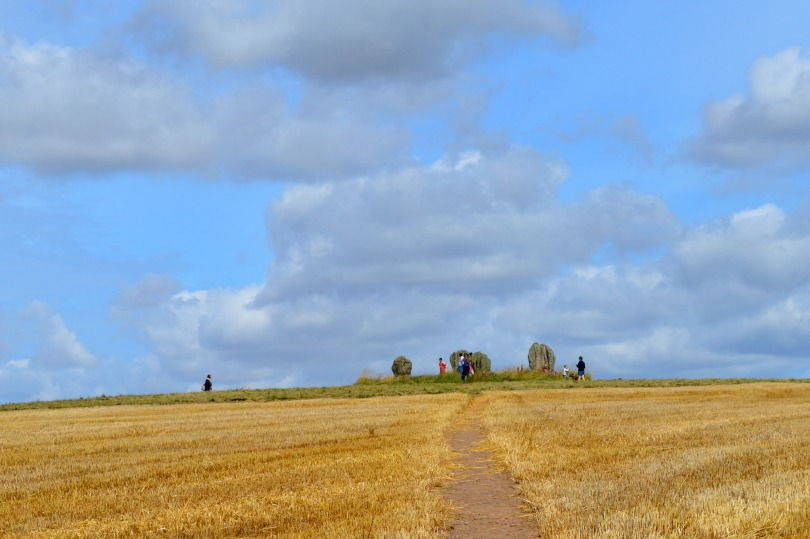 The stones have unusual shapes. They are flat and taper towards the ground as well as displaying strange patterns. It is not known if these markings were made deliberately or if they are the result of erosion of the stones over the years. I discovered recently that Northumberland National Park is known for having a number of iron age forts and rocks with ancient cup and ring markings so they may be deliberate.

The rocks are known locally as the singing stones. When the wind blows from a certain direction the groves in the rocks make a whistling sound. Standing inside the stone circle and looking out across the Cheviot hills brings a sense of serenity and calm not often found in a modern world. The stones project a sense of solitude and timelessness that makes you feel you are on top of the world. The landscape is unspoilt and overlooks the rolling hills between England and Scotland. In the distance you can just see Yeavering Bell, a massive iron age hill fort on the edge of the Cheviots. 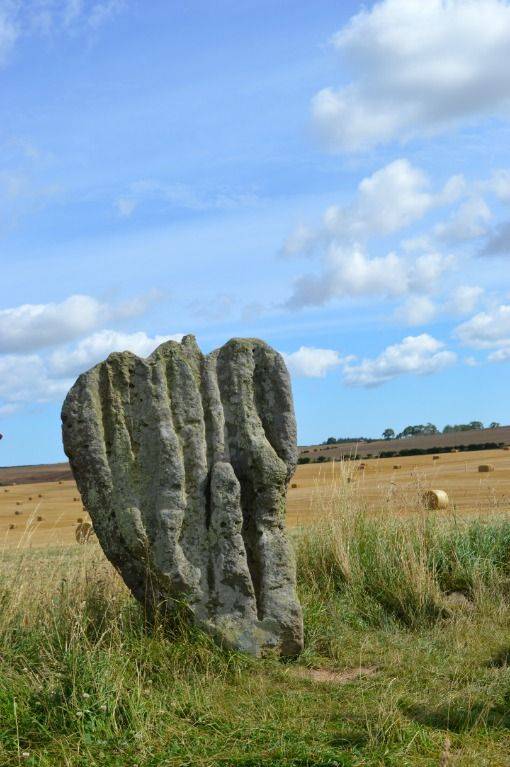 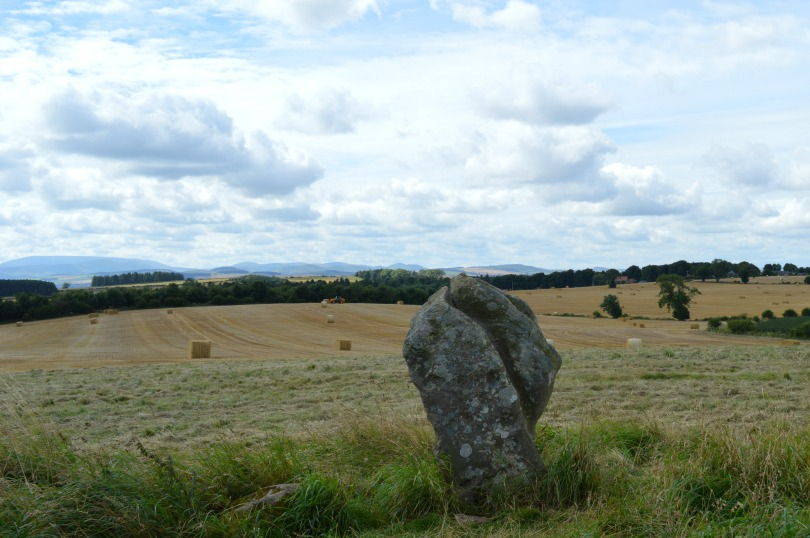 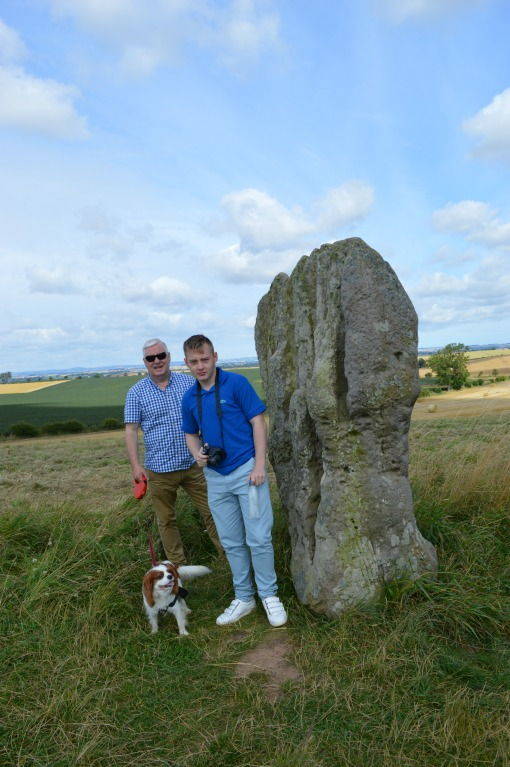 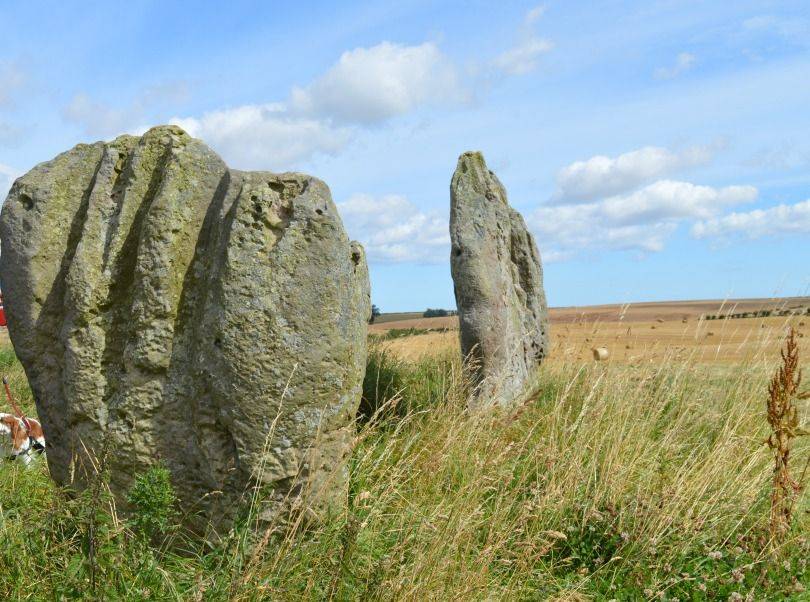 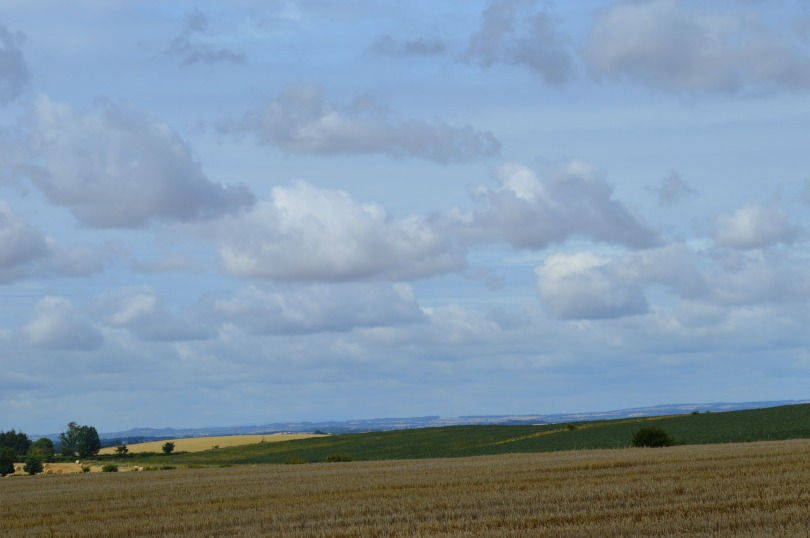 If you are in the area it is worth stopping at Duddo to see the standing stones. It is nice to be able to walk around inside the circle and the views are fantastic. I can imagine that it would be a bit bleak in the winter but on a warm day it was spectacular.

Have you ever visited a stone circle? Which one have you been to? Let me know below. 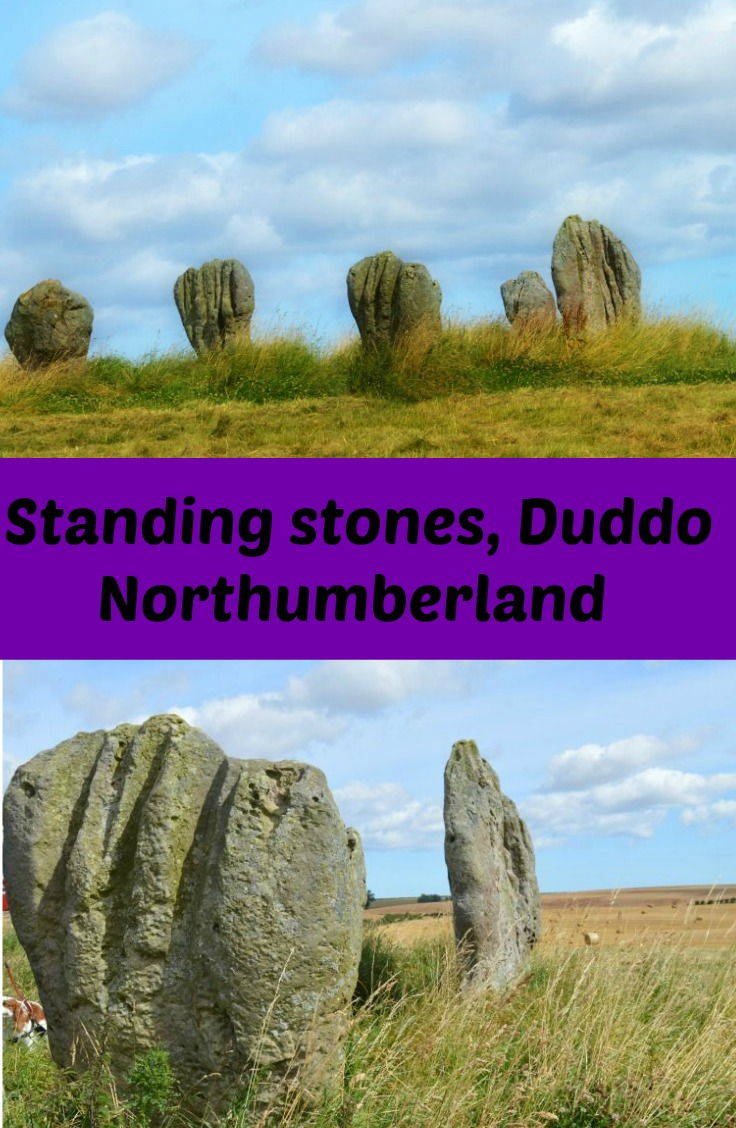 Clash of the Knights at Belsay Castle…