A Visit To Bessie Surtees House 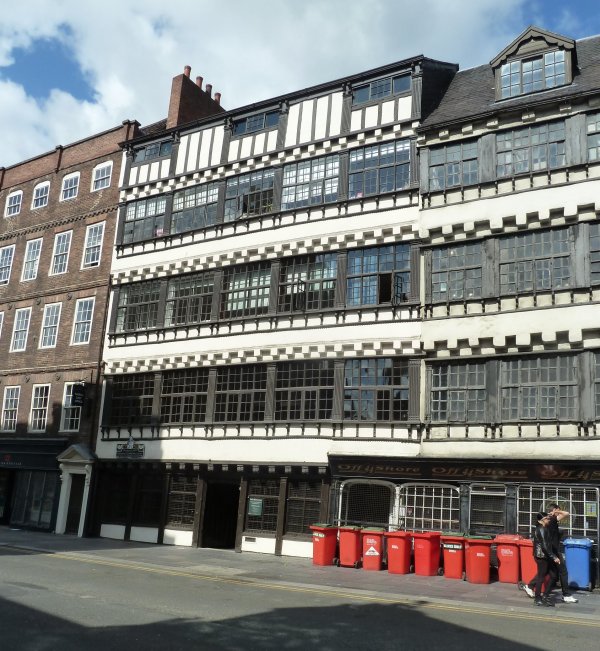 Bessie Surtees house is a historic Jacobean home in Newcastle which retains its period features. Pop in for a visit and discover its romantic past.

Have you ever been to Bessie Surtees House? This amazing Jacobean merchant house is on Newcastle’s quayside. Read on to discover what’s inside, when you can visit and all about its romantic history.

Newcastle’s quayside is a bustling and busy area. Famous for the iconic bridges crossing the river Tyne it is a great place for a night out in one of the many pubs and restaurants found along its length.  The quayside is also a hub for arts and culture in the region. Cross the Millennium Bridge to visit The Sage, or the BALTIC.

Read more: A visit to the Baltic

The Quayside is one of the oldest areas of the city. In the past it played a central part in Newcastle’s industrial history. It was a commercial dock and in the 16th and 17th Century many merchants’ houses stood in this area. During the industrial revolution coal would be taken to the river to be sent to London.

Whilst you may be familiar with the quayside you may not realise that hidden among the pubs and restaurants you can find a historic Jacobean merchant house. The present house is an amalgam of two separate timber framed house, they are 16th and 17th century buildings, typical of the kind that merchants used to live in. This is Bessie Surtees house, a home with a romantic past.

In the 16th century both the Newcastle and Gateshead sides of the river Tyne had a concentration of factories and warehouses. The area was commercially important and many prominent merchants had houses here. It is a wonder that these buildings escaped the Great Fire of Newcastle in 1854. This began in a mill on the Gateshead side of the river and quickly spread causing great devastation.

The house now holds English Heritages regional offices but three of the rooms are open to the public and free to visit.

Who is Bessie Surtees?

If you are wondering who Bessie Surtees is, she was the daughter of Aubone Surtees, a prominent Newcastle banker who lived her.  She fell in love with a young man called John Scott, a coal merchant’s son. Her parents did not approve of him so in 1772 she eloped with him, leaving the house though a window. They ran away to Scotland to get married. John Scott eventually became Lord Eldon and Chancellor of England.

Outside the house there is a plaque to commemorate this fact.

The buildings are typical Jacobean domestic houses which would have had a shop on the ground floor and living accommodation above.

Three of the rooms are open to the public. On the first floor is the room where Bessie eloped from. It is furnished in Tudor style with a wonderful ornate plaster ceiling. It is a lovely example of the architecture of the time. The window Bessie climbed out of is shown by a blue pane. It is quite a long way down to the ground so John Scott must have had to bring a ladder to help Bessie out.

The middle room contains an exhibition telling you the history of the house. There is a dressing up box for children to play with.

Upstairs there is a third room which has interesting period features including a lovely fireplace set in wooden panelled walls. Looking out there is a lovely view of the courtyard which gives a real feel for how the house used to look.

Entry into Bessie Surtees House is free and it is definitely worth a visit. I found it very interesting to see a house from those times. My son did wonder how Bessie Surtees managed to fit through the window, but it turned out he thought that the blue pane was the part she went through rather than the whole window!

Where is Bessie Surtees House?

You will find Bessie Surtees House on the quayside near the Swing Bridge.

Have you been to Bessie Surtees House? Let me know below

12 responses to “A Visit To Bessie Surtees House”