Chicken and pumpkin seed fajitas are tasty and delicious. The mix of chicken, grated carrot and pepper inside adds an Autumnal flavour. Pumpkin seeds and cheese sprinkled on the outside add texture and use up left over seeds from Halloween pumpkins.

Today is Halloween. A day where the walls between our world and the sprint world becomes thin and ghosts can pass though. Traditionally fires are lit to ward off evil spirits and extra places are set at the dinner table to appease the dead. Pumpkins are carved into lanterns and put in windows to ward off unwanted visitors. The first of November is the beginning of the Day of the Dead or Día de los Muertos. This is Mexican festival, similar to Halloween.  At midnight on the 31st October the gates of heaven open and the sprints of dead children are let through. They can join their families for 24 hours before they have to return. The festival celebrates life and remembers those who have died.

In Mexican villages they decorate altars with candles, flowers and mounds of fruit, peanuts and plates of tortillas. Sugar skulls are made, brightly decorated biscuits to represent the dead. It is a time for celebration and joy and spending time with the family. Why not celebrate Day of the Dead and serve up plenty of Mexican food? The warming spicy food is perfect for chilly Autumn nights. 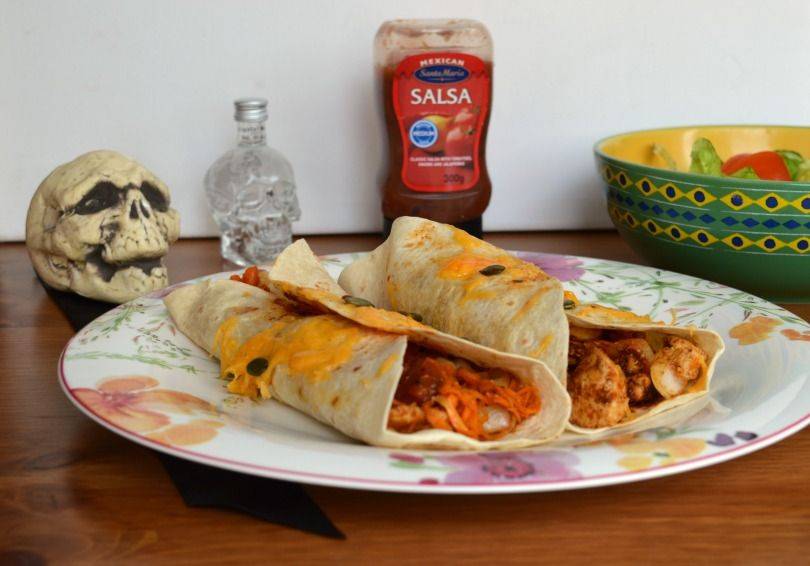 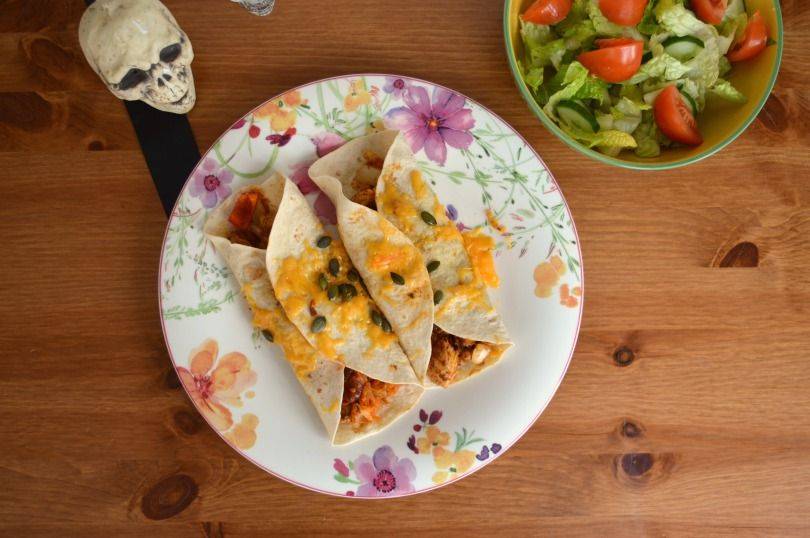 I love fajitas as they are a quick and easy meal to make. Spices like Santa Maria fajita seasoning are perfect for adding the Mexican taste without the hassle of mixing your own blend. Chicken and pumpkin seed fajitas have extra hidden vegetables in the form of grated carrot and pepper which adds more texture to the fajita. Some jalapeño peppers add a spicy kick to the mix. Simply fry the chicken, grated carrot, pepper strips and jalapeño peppers in the pan. Add the fajita seasoning and make sure each piece of chicken is covered. The filling is then put in the fajitas with salsa and wrapped up. Grate some cheese and add some pumpkin seeds to the top of the wraps and place in the oven until the cheese melts. Serve with some salad for a tasty and filing dinner. 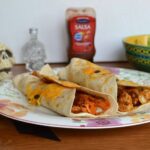 You may also want to try a recipe for Mexican Chilli Beef which is a delicious and warming recipe with a kick of chilli, perfect for the Autumn. For other ideas to use up pumpkin why not try pumpkin pie?. On colder days a spicy pumpkin soup is warming and filling.

Why not pin this recipe to try later? 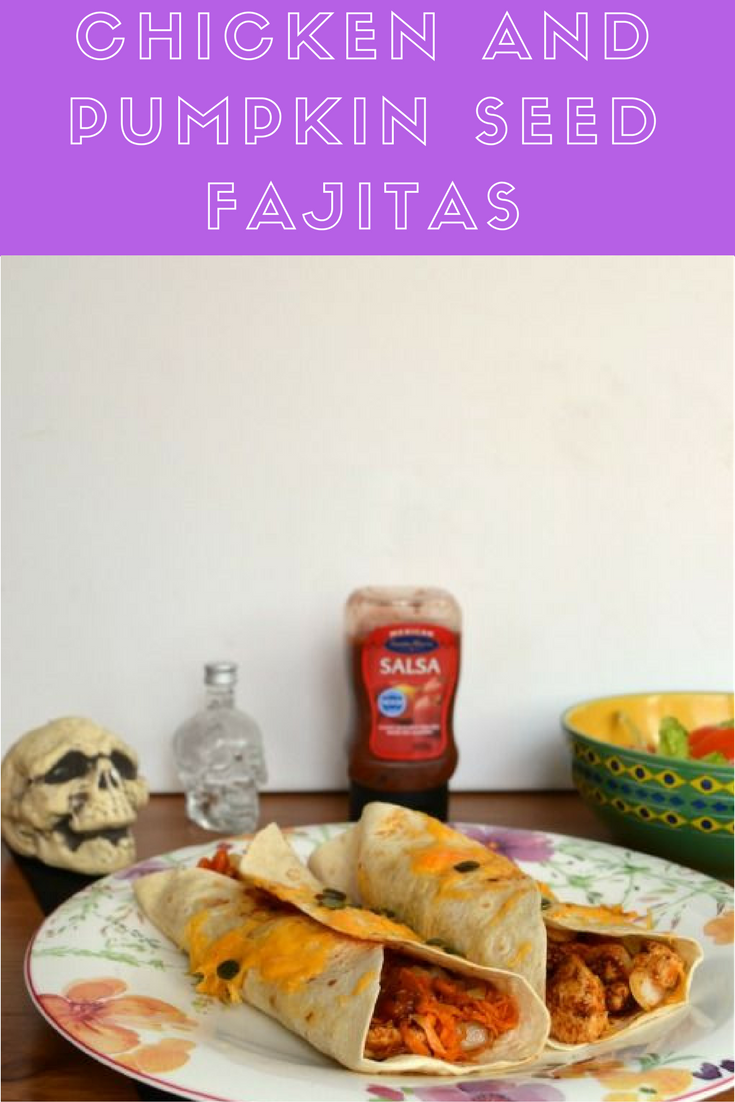 Will you be cooking up a Mexican feast for Day of the Dead? Let me know below.

I was sent some products from Santa Maria in order to cook a recipe for day of the dead.