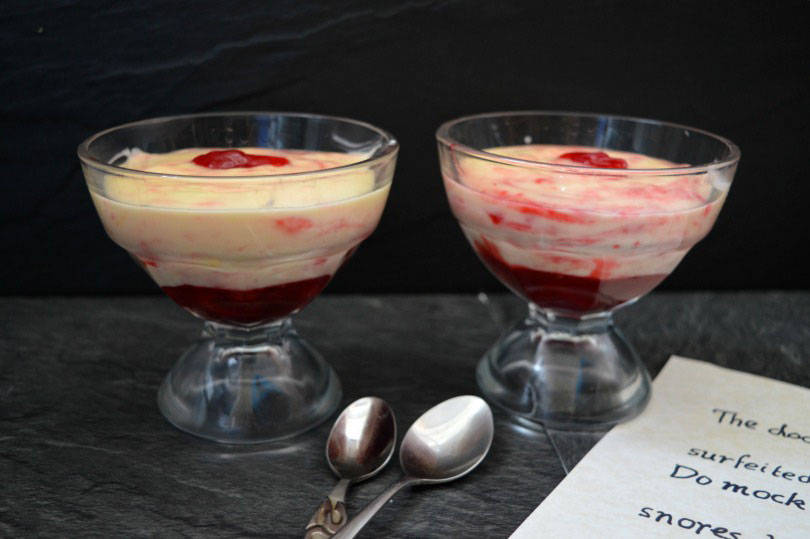 Lemon and Raspberry Possets are mousse like desserts which capture the taste of summer in a glass.

This year is the 400th anniversary of the death of Shakespeare, the English playwright. Over his life he produced many plays and poems. Even if you have never read Shakespeare you are bound to be familiar with some of the quotes from his plays. I first encountered Shakespeare when visiting my Grandparents. I discovered a small leather bound book of Hamlet and found it fascinating reading.

When I did O-levels, which are now GCSE’s, we had to learn one of Shakespeare’s plays in depth for English Literature. We read Twelfth Night which is one of his comedies. The twists and turns of the play were ingenious and well thought out.

Recently Viking got in touch with me and asked if I would like to get involved in a craft project to help celebrate Shakespeare’s anniversary. They would send me some crafting supplies and writing instruments so that I could create something crafty. I was happy to get involved but I don’t think that they realised I am not the most crafty person in the world. The only stipulation was that it should feature one of Shakespeare’s quotes. 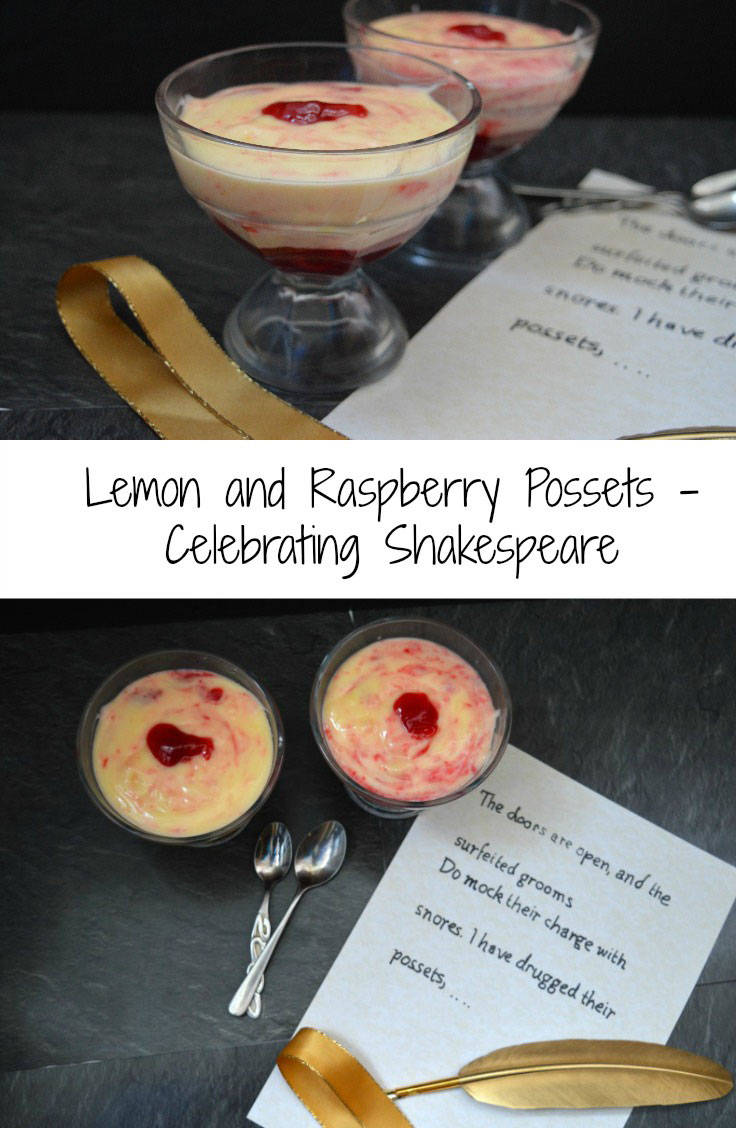 Viking sent me a nice selection of craft supplies to get started on my project, a beautiful calligraphy set worthy of the bard himself, a selection of paper and card, some sharpies, a gold and silver pen and a mini easel.  My first thought was I could do a quote on the mini easel and decorate it in some way. I had a go, practising on paper. 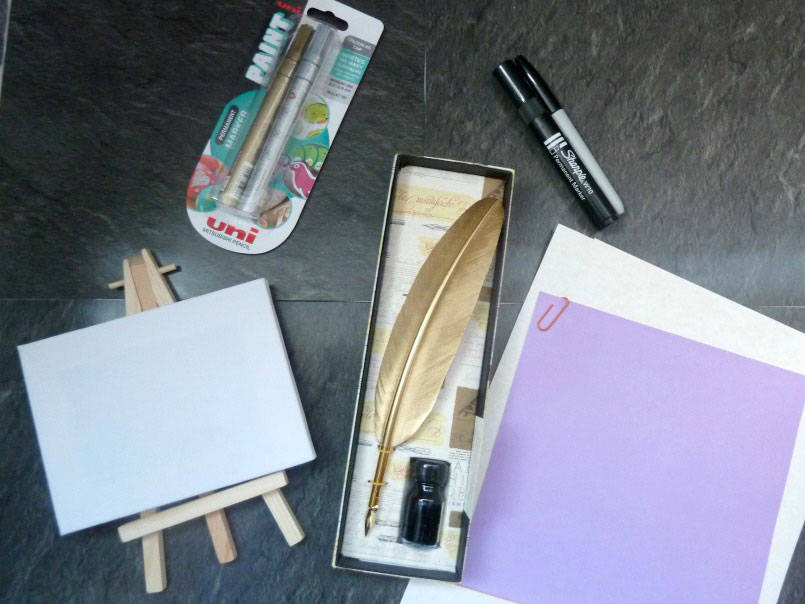 I chose a quote from Hamlet and practised with my pen, but soon realised it was not going to work that well. It looked a little bit like a spider crawling across the page. In the end I cheated and printed the quote on some paper which I stuck to the easel. It looked fine but it really did not meet the criteria of the challenge. 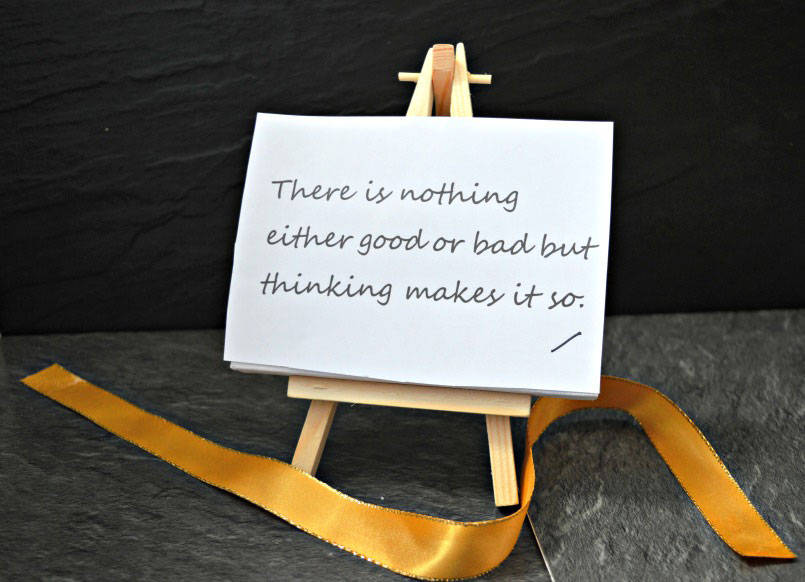 I then had a thought, the craft challenge had not mentioned that I needed to use paper specifically. Cooking is also a craft. Maybe I could create a recipe from a Shakespeare play. I soon came across the mention of possets in the Scottish play, Macbeth. In the play Lady Macbeth uses poisoned possets to knock out the guards outside Duncan’s chamber. I decided to make some possets, minus the poison. 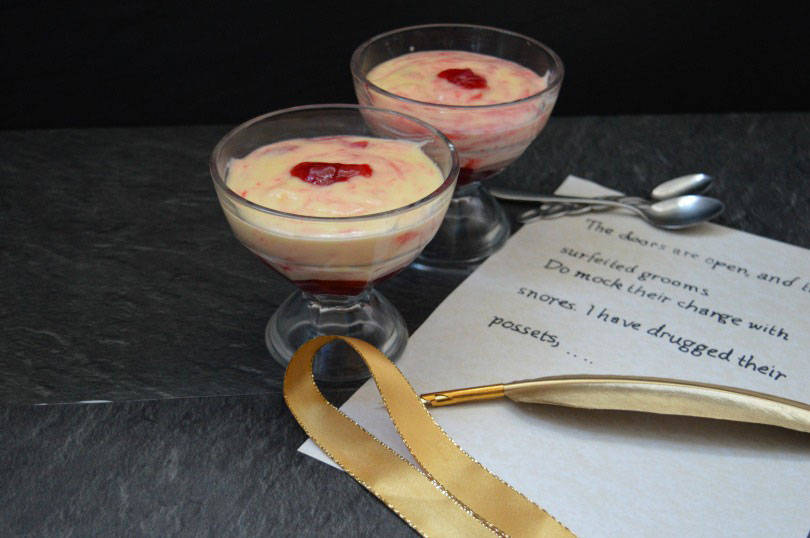 In Shakespeare’s time a posset was a hot drink of milk that was curdled with wine or ale and then had spices added to it. More recently it evolved to become a dessert more like a mousse or a syllabub. I decided to try making a lemon and raspberry posset. I still have a freezer full of raspberries that I am using up from the glut of them last summer. I have many recipes that use them from a tomato and raspberry soup to a chicken and raspberry salad. A lemon and raspberry posset seemed a good way to use up some more raspberries. It also gave me a chance to practice my calligraphy skills and write out the quote from Macbeth as a warning. 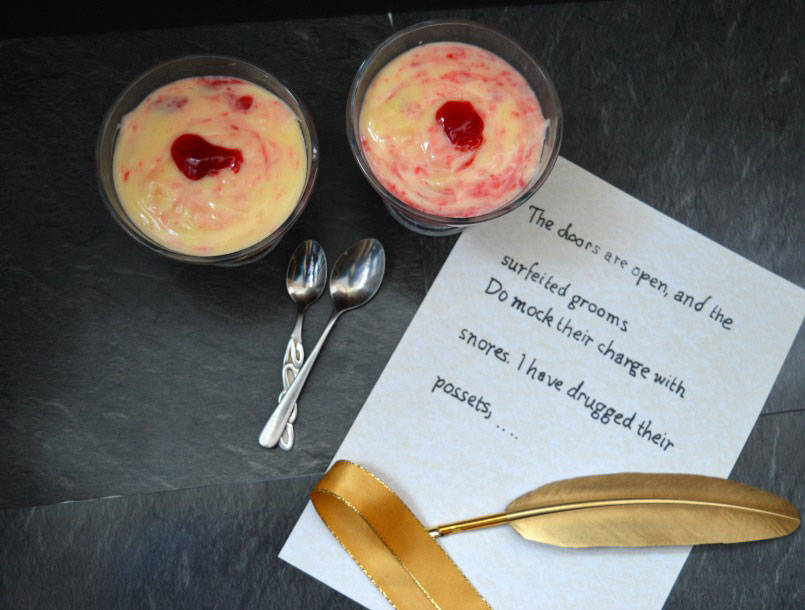 The posset was reasonably simple to make. It was made in two parts, the posset itself was made by boiling cream and sugar and then adding lemon juice. This then set into a mousse. The raspberry sauce was made by simply boiling together raspberries and sugar with a little lemon juice. The two parts were left to cool and then combined to make a lovely dessert. 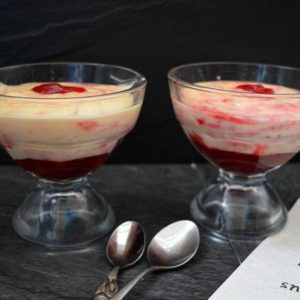 You may also be interested in my orange mousse with raspberry sauce recipe. 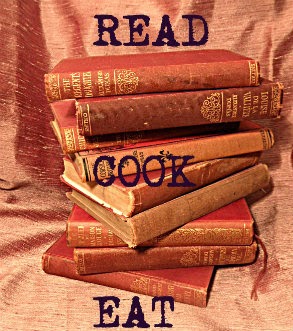 I was sent the items from Viking in order to create a craft project, my craft is entirely my own work.